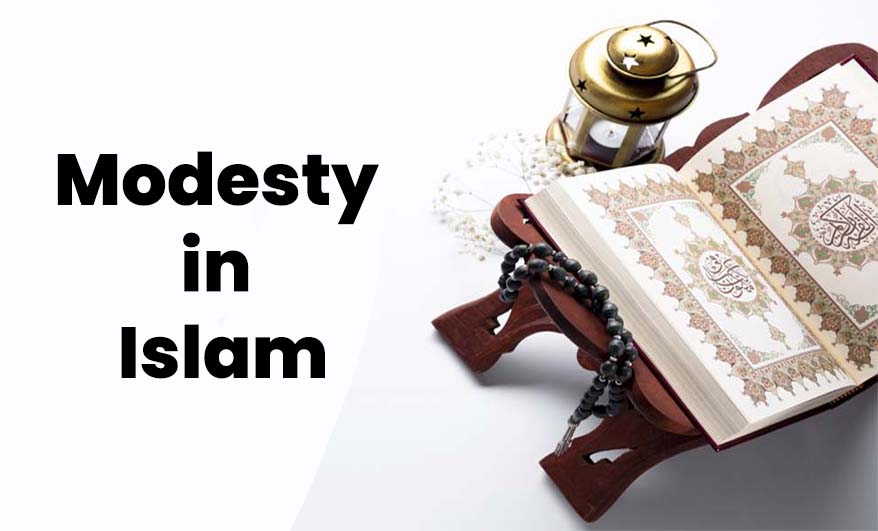 Modesty plays a vital role in character building. It restrains a man from behaving in an undesirable manner . It also acts as a shield against immoralities. It holds the key to piety.

It is stated by Zaid bin Talha that the Holy Prophet (peace be upon him) said:

The Hadith shows that in every faith, some particular aspects of moral behavior receives importance and an extraordinary emphasis is laid on it; in Islam modesty is of fundamental significance. Holy Prophet (peace be upon him) said:

Modesty (Al Haya) is a Branch of Faith

The word, modesty, in common use, signifies that a man should abstain from indecent acts. However, in the terminology of Quran and Hadith, it is used in a wider sense. In Islam, it stands for a feeling which is intolerant of everything that is not desirable or produce disgust in a person.

Faith and modesty are so closely related to each other that either both will be present in an individual or community or none of the two would be present .

It is related by Abdullah bin Umar that the Prophet of Allah said:

Modesty and faith exist together and one of them goes out, the other too goes out.

The rule of Modesty is prescribed for both men and women that is, to lower their gaze and not stare at each other as the Quran says:

Modesty is not to be observed only in relation to human beings. The Almighty Creator comes first. No one can be more unfortunate than the person who, knowing that Allah sees and hears all that he does and speaks, feels no shame in saying dirty and deplorable things in His presence.

If the sense of modesty is alive and active in a person, his life not only be clean in the sight of his fellow beings but also in the eyes of Allah.

The primary requirement of modesty is that a person should feel disgusted at everything that is displeasing to Allah. Therefore, he should abstain from it.

Previous Post
Importance of the Rights of Neighbors In Islam
Next Post
Hajj – The Last Pillar Of Islam, Pilgrimage & Its Importance